The future of agriculture

FIND OUT MORE ABOUT THE FIGHT AGAINST BLACK-GRASS WEED

The fight against black-grass weed

Black-grass weed is emerging as one of the biggest threats to arable farms in the UK.

It is the major weed of winter wheat, one of the UK’s most valuable crops.  A 2016 study for the NFU estimated black-grass weed reduces wheat yield by 16%. In worst case scenarios, losses equate to £448/hectare.

These costs are completely unsustainable for UK farmers and the challenge is getting worse: To date, control of black-grass weed has relied on the intensive use of herbicides, however, over 80% of farms are now stating they are seeing resistance to all three major herbicide groups used.

There are also growing concerns over evolving glyphosate resistance, a broad spectrum herbicide that kills weeds and crops, of last resort in this system.

An alternative to herbicides needs to be found to control black-grass weed for longer term sustainabilityin arable farms.

we need to tackle this problem

Black-grass weed is of such significance that it is impacting UK food security.

With it’s increasing resistance to common use herbicides, crop losses are expected to be in excess of £300m, equating to 200k tonnes of wheat lost each year.

ARWAC was established to develop a solution to one of the UK’s greatest threats to arable crops: Black-grass weed.

ARWAC is developing a unique, innovative mechanical solution
to the problem.

Negating the use of herbicides, it will provide a low labour, low carbon solution and being mechanically based, there will be no threat of developing resistancy in the future. This is a key benefit as over 80% of surveyed black-grass weed populations show some form of resistance to all three major herbicides currently in adoption. 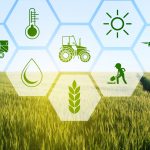 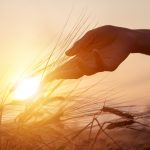 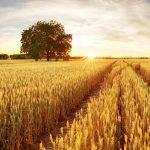 No herbicides means no risk of resistance developing​

The consortium is a collaboration between industry specialists and world class robotics expertise from the University of Lincoln.

Backed by an InnovateUK grant, ARWAC are best positioned to deliver a highly researched and technical machine capable of replacing the existing control systems through the innovation of market leading technologies.

If you’d like to know more about how ARWAC is developing solutions for black-grass weed, please contact us for more information: